Happy Trail Tuesday! It's a thing, right?! Well, if it isn't, it totally should be... Let's make it a thing, k? I mean, if tomorrow can be considered National Tortellini Day (no joke, look it up), then we can deem every Tuesday "Trail Tuesday", right?!

Anywho, enough about semantics, let's get to the meat and potatoes (what's the vegan alternative to "meat and potatoes"? maybe "tofu and lentils"?) of the post. The whole point of today's post is to announce some BIG NEWS!


I was recently selected to be a 2020 Ambassador for the Dirtbag Runners! WHOOO HOOOO! OH HECK TO THE YES!


If you aren't familiar with Dirtbag Runners, it's a community of trail & ultrarunning dirtbags exploring the world and sharing their stories. Let's just say I've been stalking following their accounts for a while and am stoked I took a chance and applied for the ambassadorship. I love what they do, what they stand for and am honored to be part of the crew!


For those of you who don't know my running "story", I started running in 2012. A friend of mine told me about runDisney and challenged me to train for the Disneyland Half Marathon. I didn't have a hobby to call my own at the time and figured even if I hated running, at least I'd be running through the Happiest Place on Earth. Well, spoiler alert, I didn't hate it, in fact, I feel in love with it (you could even call it an obsession a passion), and I haven't stopped since.


With that being said, you may be questioning an ambassadorship for a trail running group, but stick with me here. Although my love for running started on the open roads (and sidewalks, bike paths, etc), it has evolved as of late. 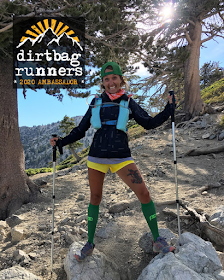 And I can blame my love for the trails on the hubby. Well, the hubby's boredom ;) He started running because he saw how much I loved it and decided to give it a try (he definitely still enjoys rock climbing, surfing, etc more than running, but this is something we can do together). Even though he doesn't hate running on the roads, it's totally not his preferred place to run (he gets bored easily and running on the roads isn't as fun for him as it is for me, especially longer distances). He thought he might enjoy running more (or at least dislike it less ;)) if we were doing it in "nature"... so we grabbed some trail shoes and hit the dirt. #RealTalk: I was pretty hesitant to transition to running on the trails before taking the plunge. 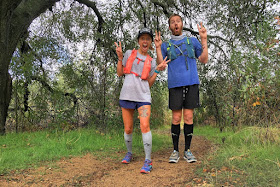 First, I'm TERRIBLE with directions. Legit, ask the hubby and he will probably have to refrain from laughing when you mention my name and directions in the same sentence. It's pretty bad. Pounding the pavement is nice because not only can I run routes I'm familiar with (for example, starting at a park, running down the street for 4 miles, turning around and running back... there are very few ways to get lost on a run like that... although I wouldn't put it past me ;)), but you can also use map apps to figure out a route to run or even to help you find your car if you get off track.


Second, I'm not the most coordinated person. I don't trip and fall often, but for some reason I was always nervous to hit the trails because I was worried I'd twist my ankle on a rock, fall over a root, run off a cliff, etc. I'm also not a fan of snakes (read that as I'm pretty fearful of them) and I swear, every stick I see is a snake until proven otherwise.


Thankfully with some patience and practice I was able to get over my hesitations and fall in love with the trails. Since finding the dirt, the hubby and I have been able to have some amazing adventures together - running the Grand Canyon (Rim to Rim to Rim), exploring Zion National Park on our feet, climbing Mt. Whitney (the tallest peak in the continental US), running all along the West Coast while on a three-week van trip, etc. I've also run some amazing trail races recently (the Avalon 50-Miler, Griffith Park 50K, Fremont Canyon 28K, Black Mountain 50K, Diablo Trail Marathon, etc).

And I can only see a TON MORE adventures in our future now that we have the new AdventureMobile (with its 4-wheel drive capabilities and dependability!) {I know, I know, I owe you a post on the new rig, I promise I'll get to it soon...}


So, all that to say, although I originally fell in love with running on the pavement, I have deepened that love through the dirt. I don't know that I'll ever truly turn my back on the roads, but I'd be lying if I said I preferred them currently...


If you don't already, I'd totally suggest giving Dirtbag Runners a follow on your favorite social media platforms. {Facebook / Instagram / Twitter / YouTube} And I can't forget to share their STORE in case you want to snag Dirtbag Runners gear!    {PS If you use the code FRIENDSNFAM2020 you can score 10% off all of your orders - BOOMSHAKALAKA!} 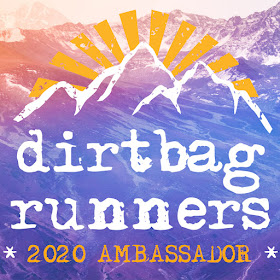 PS If you're new to the trails and are looking to swap the pavement for dirt, check out my TOP THREE TRAIL TIPS.

Do you prefer the pavement or the trails?
Carlee McDot at 4:30 AM
Share